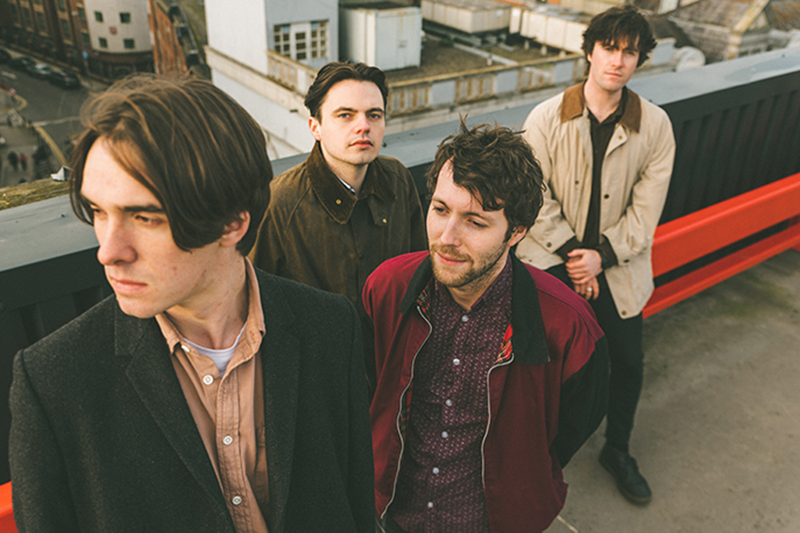 When I first pushed play on the track Kitchen Sinking by Dublin 4-piece indie rock band TV People I liked it straight away. The heavy bass lines, sort of sock hop punk sway, super active drum beat, divergent guitar work and Paul Donohoe's sort of narcotic croon mines all the musical sounds I like and while the band draw inspiration from 2000's garage rock (and I can hear that especially in the musical breaks) there are also mod tones and a proto-punk sideways aesthetics that hearkens back to the late 70's and 80's. Awesome.

"The song is about the extremist nature of disagreement in the world at the moment and the inability for people with different views to find common ground or mutual understanding.
Kitchen Sinking is a term used in an abusive relationship for when people continuously barrage their partner with negative comments one after the other to break them down psychologically. We felt that this was a fitting description of what's going on in the world at the moment on a universal level."

TV People are a 4-piece band from Dublin with music influenced by garage, indie and punk. The band formed in early 2019 and have spent the last year refining their warm lo-fi sound by constantly performing in venues around the city.

Their music is rooted in early 2000's garage rock and is characterized by the unique interplay between the band's simple and sparse melodies, complex and diverse rhythm section and meandering guitar lines which imprints TV People's identity into their sound.
American Robb at 12:39:00 PM
Share