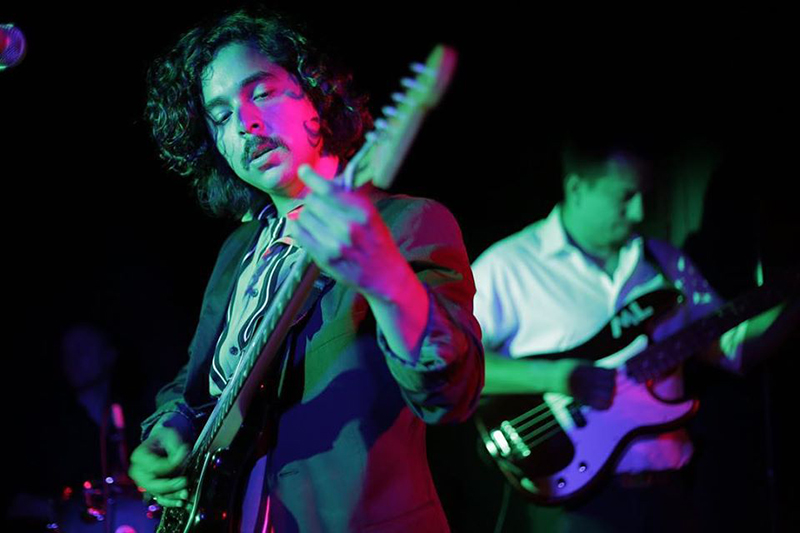 The Caracals' latest On & On is light and breezy 60's pop affectations held up by indie pop psyche drenched double time keys, stepped over bass lines, lush heavy guitar licks and Johnny Cisneros' pop forward vox. The sound feels like summer, like hyper realistic rays of sun in a Quentin Tarantino fantasy. Cisneros who always is impeccably dressed on his Instagram is a prolific force and is on the tail end of completing his second studio effort "Dust & Honey" scheduled for a March release (2020).


Fronted by up-and-coming songwriter Johnny Cisneros, The Caracals are forging their path in the garage rock music scene. The band hails from Santa Ana, CA where they bring you a fresh garage rock sound with alt-rock production.
On their first studio effort - In the Dark (2018) - Johnny combined SoCal reverb guitars with heavy alternative rock melodies that landed them some radio play in popular LA radio stations. "'In the Dark' is a promising start. More please." -BuzzBandsLA
Johnny has wrapped up his second studio effort, Dust & Honey, which will be released in March 2020. The anticipated title single - Dust & Honey (2019) - features modern blues sounds that highlight the energy the new EP embodies. The Caracals are a promising outfit that will keep the fire of rock alive. Exploring Psychedelic and Punk sounds, Johnny promises an "introspective and loud" EP.
The Caracals will hit the road in March 2020 in support of their new EP.