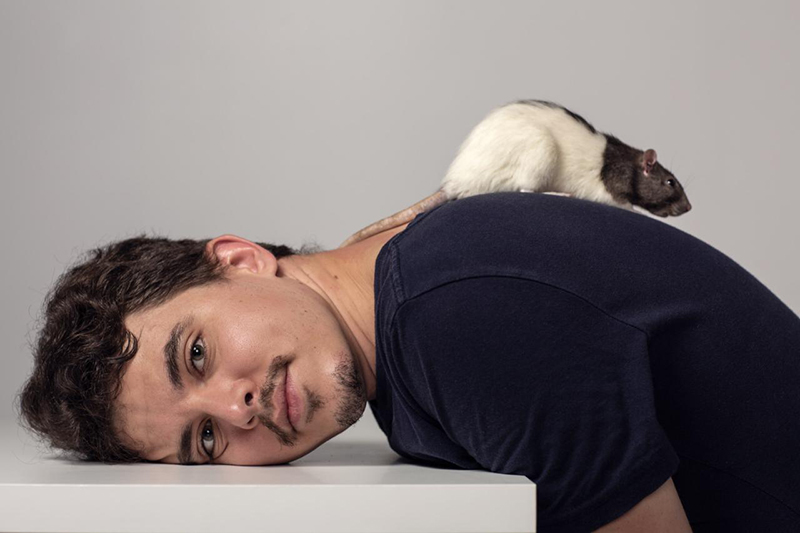 photo by Ryan Back

Burn Through is the title track from Comprador's recently released 2020 album. The musical project / musical moniker of singer-songwriter, massive multi-instrumentalist and live drummer /singer Charlie D’Ardenne, currently based out of Manayunk, Philadelphia, PA it is a rock ballad with folk / garden rock affections as well as post rock psychedelia / art rock tones. In some ways, it floats supremely in a sort of Pink Floydian way with pain and question within the poetry of the lyrics.

Other songs like the synthwave-eque meets chamber pop track Someone Likes You or the experimental psyche pop meets sock hop punk sprinkled with R&B indie tones, Transiting Exoplanet Survey Satellites, are infused with with romance (lovely lyrics and melodies) and a sense of experimentation and urban soul guitar lines that made me think of the lounge rock of Chicano Batman.
Some songs like the fluid ever shifting, Something Worth Saying, the down turned sad effervescence of Truly and the potent (stunning) shoegaze / goth rock feel of Float Around have a more progressive, divergent 90's post rock sense with a broad pointed beauty and dissonant dreaminess.

Across the entire album I wanted to share the musical duties because D'Ardenne is a true multi-instrumentalist:

Drums recorded by Dylan Tasch at Midley Grange in July 2019

Harp on 'Someone Likes You' played/recorded by Jon Salmon

Comprador is a recording project and alter ego of multi-instrumentalist, writer and live drummer/singer Charlie D’Ardenne, currently in Manayunk, Philadelphia, PA. Comprador has completed a fourth full-length album to be released in 2020. Prior releases include LP 'Important' (digitally self-released May 2019 with a cassette run by Super Wimpy Punch Records), a nineteen-song double cassette, 'Downstream,' released on Dark Circles Records in May 2018, a debut album entitled ‘Pollinator’ (In Store Recordings, 2015) and three self-released EPs.
American Robb at 6:58:00 AM
Share