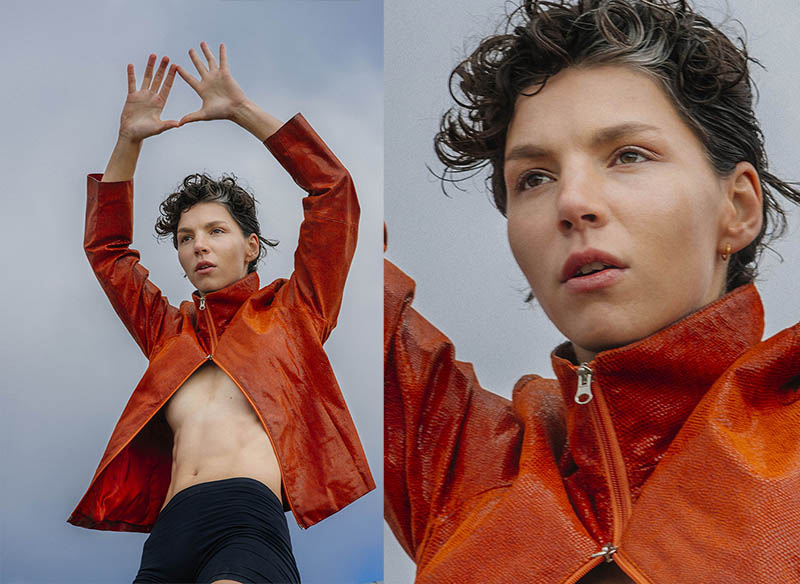 
"I can feel a woman loving every second of this
And if she had my breath now how would she make use of it?
She was sadly way too young when she died
Stepping like a sunrise / sunset through our lives"
"Sunrise / Sunset" by Lucky Lo, the musical moniker of Swedish singer-songwriter, artist, musician Lo Ersare based in Copenhagen is a beautiful embracing tribute to a friend who passed away decades and decades too soon taken from humanity because of illness.
“Death always comes unexpectedly” says Lo, reflecting on her newest song. “My friend was one of those people who had such a life force that you thought she was invincible. But at the age of 33 she lost her battle to cancer.

“She was a musician like me and our lives had led almost parallel paths, with hers a little bit ahead. I looked at her like a version of my future self. But her passing triggered something in me I did not expect.

“It is as if her dreams live on in me, and I have to finish them for her. What would she do if she had my breath? What would she say? Why her not me?”
"Sunrise/Sunset" feels serene in it's crystal clear rhythms, sublime bass and drum push, acoustic orchestral tones and, of course, Lucky Lo's beautiful balanced, full vocal aesthetic that feels at once classic as it does artful. I mean, I couldn't help but think of the emotionally deep tones of an Annie Lennox blended with songs from The American Songbook. There are elements that feel ultra chamber pop-esque or like they could of existed in a 1940's Rodgers and Hammerstein musical. The accompanying Official music video by by Maya Matsuura, produced by Lo Ersare feels so organically beautiful.
-Robb Donker Curtius


Lucky Lo, the pseudonym for Swedish multi-instrumentalist and songwriter Lo Ersare is like a game of hopscotch. It jumps between the even and the odd; the groovy and the unexpected. And like the game’s multicolored chalk squares, Lo and her band traverse ground and subjects of light and dark colors, her honest, heartfelt, and sincere vocals shining through all the while.

Originally from Umeå, Sweden, Lo Ersare moved to Copenhagen in 2014 as a street musician, frequenting the canals of Christianshavn with her banjo, but her background in folk music is far from her only inspiration. Lucky Lo’s alt-pop also draws upon her far reaching interests from free improvisation to Bulgarian vocal music. Having also spent a lot of time in Japan, Lo is influenced by the vibrant pop music of her second home, as well as by her hometown’s DIY punk scene.

For the deep listener, Lucky Lo’s alt-pop is lush, colourful and surprising. For the dancer, it is groovy, funky and joyful. And for those seeking connection, it is sensitive, honest and genuine.