It seems to be that time of year when all sorts of music blogs and publications issue their "BEST OF 2013" lists. "Best of lists" kind of irk me because there is obviously no "best" album since all these lists are based on totally subjective tastes and criteria. You could definitely say most sold or most successful but BEST, naw... it makes absolutely no sense. Also saying the word BEST seems to suggest that this or that publication has listened to every new album of every genre that has been published this year (so far). With all the self-published albums on Bandcamp and other sites I really doubt that any one single blog or person has accomplished this rare feet.

Some blogs break down the list into BEST INDIE ALBUM or BEST DREAM POP ALBUM, etc. which is even more disconcerting because then one has to ask who came up with the definition of these genres(?). What all these writers should simply say is that of the albums they have listened to these are their favorite albums so far this year. I think favorite is a better word, more honestly stated and it doesn't sound so pompous. This all being said, I do find myself checking out such lists if for no other reason than I might find some great music that I didn't know about.

So while the following albums are not my BEST OF list, they certainly are my FAVORITE albums of 2013 so far. My criteria was simple: of so many albums that I listened to WHICH albums did I come back to repeatedly time after time. Which album touched me in some emotional way that I had to crank it up in my office, in the kitchen, in the car and as I lay down to go to sleep. So without further adieu: 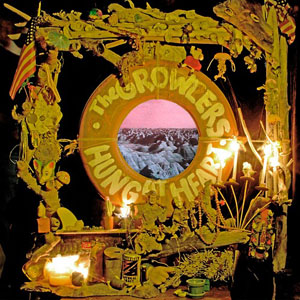 The Growlers-
Hung at Heart
AP: As much as I have enjoyed The Growlers over the years at live shows I always just thought of their music as a vehicle to become punch drunk and dance with wild abandon. Hung at Heart has clearly changed my thinking. This album can induce chills. This album pushes it's poetry more than any of their previous works. The lyrics for the most part run deeply emotional and romantic. It is vagabond punk / beach goth full of inner reflections, honest questions about foolish youth and growing up. I love this album. I also love the fact that The Growlers took the production reins away from The Black Keys Dan Auerbach. It takes a strong sense of oneself to not get caught up in that kind of thing. Mr. Auerbach already seems to have cut the cajones out of Hanni El Khatib's music so I am thankful this did not happen to my Growlers.
CHECK OUT this review by Carie Quartly at Louder Than War 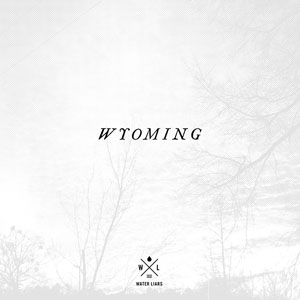 
AP:Water Liars- duo of singer-guitarist Justin Kunkel-Schuster and drummer-vocalist Andrew Bryant speaks to me. I love the vocals, love the spartan sound, the voids in the songs the make you look in the mirror. The somber truth contained in some of their songs, held up by enchanting harmonies kind of just slaps you across the face. Fake Heat feels as honest as a intervention and Cut A Line's subtext (or not) belies the sock hop swooner like sound. Wyoming is a great album-
CHECK OUT this Review by Ellie Schneider at CMJ 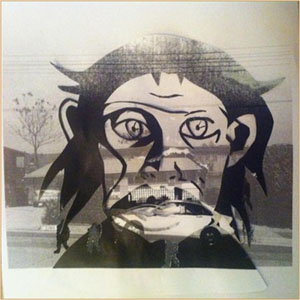 Wide Streets
-Saga of The Bruja

AP: Wide Streets - "All The Dogs Who Died In Space" and most of "Saga of The Bruja" filled my mind with strange notions and imagery in the same way as (dare I say) the songs on Surfer Rosa did/do/will. I am not making a comparison as much as thinking that Jet's (or whomever frames these lyrics together) creative synapses might fire a tad askew (in a good way) like Charles T. If you love progressive punk with heavy doses of art rock you will love this album.
CHECK OUT my Review of Saga of The Bruja here- 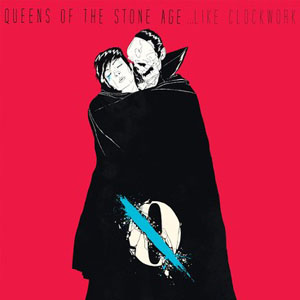 AP: When you say Queens Of The Stone Age your face wants to say Queens of the muther fucking Stone Age because they are just so incredibly bad ass. Besides the incredibly catchy material on this album it feels like the band has musically matured. Josh Michael Homme III is one dreamy son of a bitch and "Like Clockwork" feel like a fractured fairy tale. On this record Queens of the Stone Age make machismo rock feel so damn elegant. This is going to be considered a classic someday.
CHECK OUT this review by Maya Phillips at Elmore Magazine 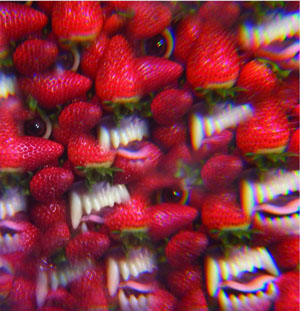 AP: When I first heard the languid super dirty bass line of Toe Cutter- Thumb Buster  that  shuffled along like Nick Gilder's Hot Child In The City I smiled so damn big that I nearly got a cramp in my face. The dynamics of the song sprinkled with sweet guitar leads was something to behold. When Dwyer yelps it feels like the sun coming out on a gloomy day. The feedback squeaks that give way to the full on Thee Oh Sees runaway train is still evident in songs like Strawberries 1+2 (whose tempo and tonal shifts are so great). The band shows a growing diversity on this album along with a really dark lyrical undercurrent. This is an album that I was torn over but kept coming back to and finally succumbed to it's distorted come on.
CHECK OUT this review by Jennifer Kelly on Dusted Reviews 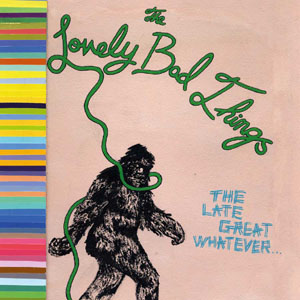 The Lovely Bad Things
- The Late Great Whatever


AP:  Hear and Anywhere, the opening track on The Lovely Bad Things' album The Late Great Whatever, feels instantly like a grand garage rock opus as guitars swell until they wind into a tight power pop/ punk progression dancing between two time signatures. The vocal melody ends in odd spots. While the song has a musical chorus, there is really not a repeated vocal chorus. Two thirds in, the song musically breaks down (making moshing kids stop in their tracks) and then slowly it builds up again into a blistering sonic conclusion. This is not your standard punk / pop thing. Maybe that is why Kevin Bronson (from Buzzbands) has referred to The Lovely Bad Things sound as proto-punk. For the most part, the rest of the songs on The Late Great Whatever also make up their own rules making this album an exciting ride.
CHECK OUT this review by Eric Swedlund at Paste Magazine 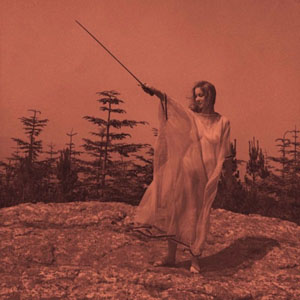 AP:  In No Need For A Leader  and other songs on II -Unknown Mortal Orchestra seem to be channeling the ghosts of T-Rex, Bowie and the Beatles. It doesn't feel so overt as to feel like a rip off- it just feel like those influences have seeped deep into Ruban Nielson's artistic bones. Monki feels like a paisley seduction and Faded In The Morning jams with a garden rock edge with a funky back beat. Swim and Sleep Like A Shark brings Elliot Smith in my mind as much as 60's free love and hippies. Many of the songs on II have such sweet lovely lyrics and equally beautifully composed picked guitar rhythms. A wonderful album to fall in love with or fall in love to all the while flashing peace signs.
CHECK OUT this review by Ian Cohen at Pitchfork 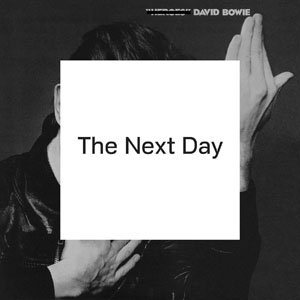 David Bowie
-The Next Day

AP: David Bowie's The Next Day feels in some way like it is caught in a time machine. The production feels very much like 2002's Heathen album which was also produced by Bowie and Tony Visconti. The slick production and perfectly modulated mix is something, I am frankly, not used to as I have been up to my neck in garage and experimental rock as of late. When I was able to settle into it this album it grew on me quickly. The songs are solid. The track The Next Day has got art rock bones and enough religious iconography to be a Pixies song (are you listening Charles ?- cover this one on your tour). The album longs for by gone days, it sometimes feels like a tattered tear stained scrap book. Love Is Lost- is a super lush organ saturated slow burn and Bowie's vocals in the upper registers sound so damn classic. Where are We Now, an ode to Bowie's life transforming time in Berlin can make your eyes water. When you have time to contemplate your life- sit in the dark and listen to this album in it's entirety. It will be an event you cherish.
CHECK OUT this review by Geeta Dayal at Slate Magazine 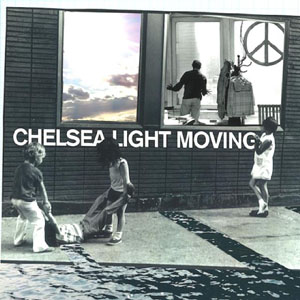 
AP: Chelsea Light Moving - Burroughs has got some insanely tasty sounds that make you want to go a little nuts- run through downtown with exposed parts flailing in the wind. OK maybe not but as Thurston Moore wails out " hey Billy what are your last words... hey Billy who are the love birds... ah Billy the sweetest drug is free... will ya Billy shoot it into me..." with strident punk guitar that dips into half step hell and back this song make you remember when music was dangerous or that it still can be. It can still make Right Wing Conservatives weep and hide under their beds. Equally intoxicating is Groovy and Linda with it's off kilter dissonance that pulls you into a fucked up funk. The funny thing is that many bands who have adopted this sound (they shall remain nameless) suddenly feel like poseurs when you hear Thurston Moore do it so right.
CHECK OUT this review by Dan Weiss at Paste Magazine 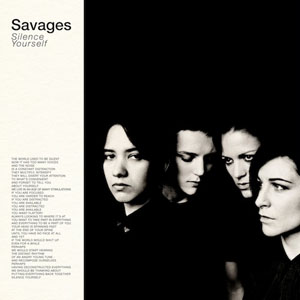 AP: Savages' Jehnny Beth's voice demands your attention. With a cagey clarity she mouths her words like wide eyed Shakespearean stage actor in tortured tones somewhere in between Siouxsie Sioux and Ian Curtis. The heavy bass and 80's power rock feel makes this the best album this year to listen to as you tool down California's Pacific Coast Highway at midnight. The sounds can feel cavernous but "at close range" as well stalking your inner senses. The jagged bottom heavy new wave makes you want to put on black nail polish and dress all in black.
CHECK OUT this review by  GENEVIEVE OLIVER at Pretty Much Amazing 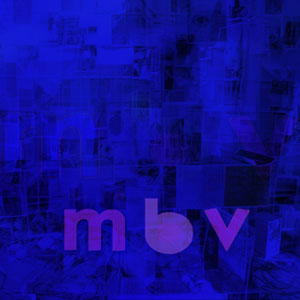 
AP: The sonic walls of sound at the hands of Kevin Shield's guitar laden tremolo caressed fingertips is nothing short of shoegazey brilliance. The tonal fluctuations, the bendy dissonance, the surprising half step guitar artistry turning progressions into melodies themselves apart from the buried melodic vocals and lead lines is what makes MBV so mesmerizing. Some people will not hear all this subtleties in the haze of guitar noise but it is there and can shift your mood in an instant and in surprising ways if you are open to it. The character inherent in any kind of music like this that relies on the haze it creates can almost feel like a droning devise that puts you in a different head space or can. It is kind of like listening to white noise to help you sleep. This record can put you in a different state of mind, transitory and dreamy. And all without drugs. Who would of thunk it??
CHECK OUT this review by Joe Davenport at Tiny Mix Tapes
American Robb at 10:19:00 PM
Share