PREMIERE: Miriam Clancy and her dream theater aesthetic of "The Sound" will transport you 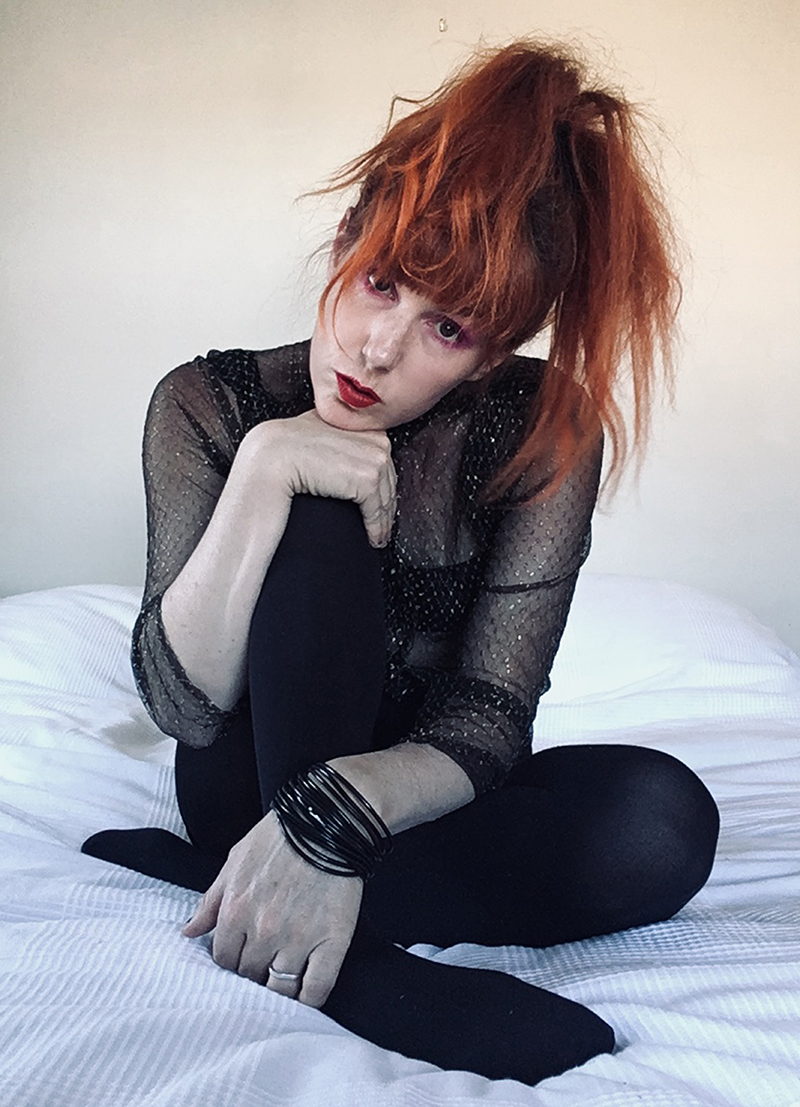 You might feel transported elsewhere when you hear the new indie wave meets magical, The Sound, by New York and Pennsylvania based New Zealander Miriam Clancy. For me, the aesthetic flourishes images of art rockers with shiny leather jackets and pants and audaciously askew neon haircuts in the recesses of dark Hollywood clubs watching a band with angular guitars and synth drums. Behind the band is world of static video signals, everything from Siouxie and the Banshees and The Never Ending Story floating and then dissolving into shots of The Cure's Lovesong video that further dissolves into David Bowie in The Labyrinth. You will obviously be transported to other places but Miriam Clancy's delicious and emotional aesthetic married with deep cut bass and drum grooves and dreamy synths will most certainly move you as well. It is a blend of post punk, 80's new wave, goth, baroque pop and magic itself.


THE FACTS AS WE KNOW THEM- PRESS NOTES:

New York and Pennsylvania-based New Zealander Miriam Clancy returns with Astronomy and, fittingly, her focus is both existential and yearning for something greater.
Growing up living between a hippy mother and Catholic grandmother, Miriam became obsessed with dramatic, piano-led pieces, practicing singing to drown out her brother’s guitar shredding in the next room. The intense draw to music ran in the Clancy family: her absentee dad sang and played melancholic crooner tunes in bars, usually ending in street brawls.
A brief stint in Los Angeles led to the release of her NZ debut, 2006’s Lucky One, which was met with critical acclaim back in New Zealand. Its follow-up, 2009’s Magnetic, led to a greater swell of support within her home country, including opening slots for Wilco and being nominated for both an APRA Silver Scroll and New Zealand Music Award.
After a decade between records, Clancy’s upcoming third album, Astronomy, serves myriad purposes.
It’s her first official full-length album stateside, but for longtime fans, Astronomy is a reintroduction and a reinvention. Its ten songs represent a cathartic fork in the road borne out of existential crisis and the new territory is evident. Crafted over a couple of years in New York City with producer Chris Coady (Beach House, Yeah Yeah Yeahs), Astronomy is laden with swooning electric guitars, wurlitzers, early 90’s drum machines and analogue synths.
Inspired by time spent on Great Barrier Island in New Zealand amidst writing the record, the record’s title and overarching ambience references the island’s unparalleled view of the stars as a Dark Sky Sanctuary. “It would wrap around you and lift you into the cosmos,” Clancy adds. “It’s amazing how something so far from earth can affect us and give a sense of perspective... it’s the great equalizer.”