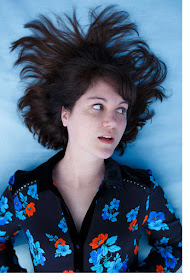 From the "Oh Orwell" album by Plumes, the moniker / indie pop classical hybrid project of Canadian singer-songwriter Veronica Charnley, the song Winter Getaway starts off with classical sort of chamber pop sounds and then shifts into indie pop tones with (to me) decidedly sort of  80's indie cinematic rock-isms. At once it feels both retro and fresh in different ways. Charnley's vocal performance is self aware, intimate and her beautiful melodies tell stories with an almost closed eyed dreaminess. The song eventually folds in on itself in a beautifully chaotic sort of way and then reconstructs with end credits rolling.

THE FACTS AS WE KNOW THEM- PRESS NOTES: