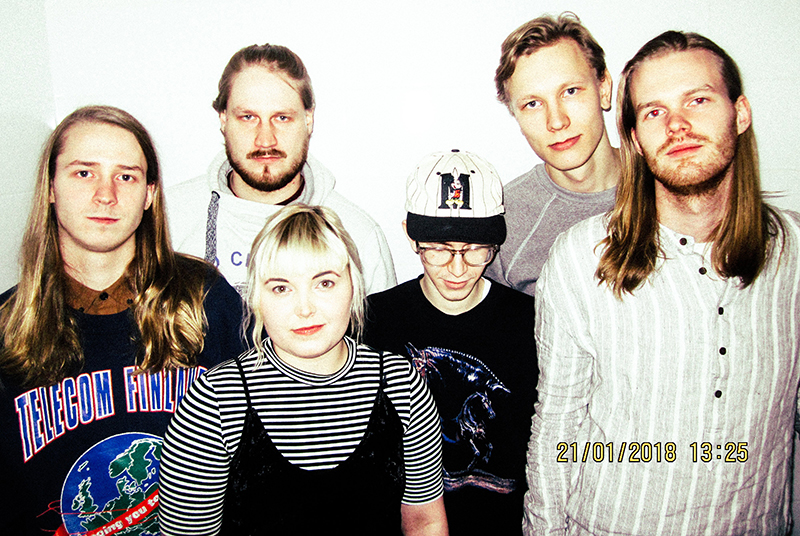 There is one specific thing that happens on the dreamy sad track Outside Me by Finnish indie rockers Mantaray that (for me) is exquisitely cool and moving. It occurs at around 1:51 minutes in. It is this guitar sound / lick. A half step touch of dissonance that increases the angst and feelings of confusion and sadness set up by many things that happen before, like the bright yet sort of chunky double time guitar rhythm throughout that move the song along, the steady drum beat with unsettling off beat high hat strikes, unfaltering bass, the airy guitar sounds, Korg synth swells and gentle keyboard down beat accents and, of course, the introspective ennui laced vocal performance by Jaakko Mäkeläinen. Turn it up, you will undoubtedly get lost in it all and maybe lost in memories of sadness and maybe even lost in the arms of someone you love.

Mantaray's third album "In Everything" will be released early in 2020.

THE FACTS AS WE KNOW THEM- PRESS NOTES:

Mantaray is a Finnish indie rock band consisting of six members. They have previously released one EP (Mantaray EP, 2014) and two full length albums 'Atlantic' (2016) and 'No More Sirens' (2018). Third album called 'In Everything' will be released in early 2020.