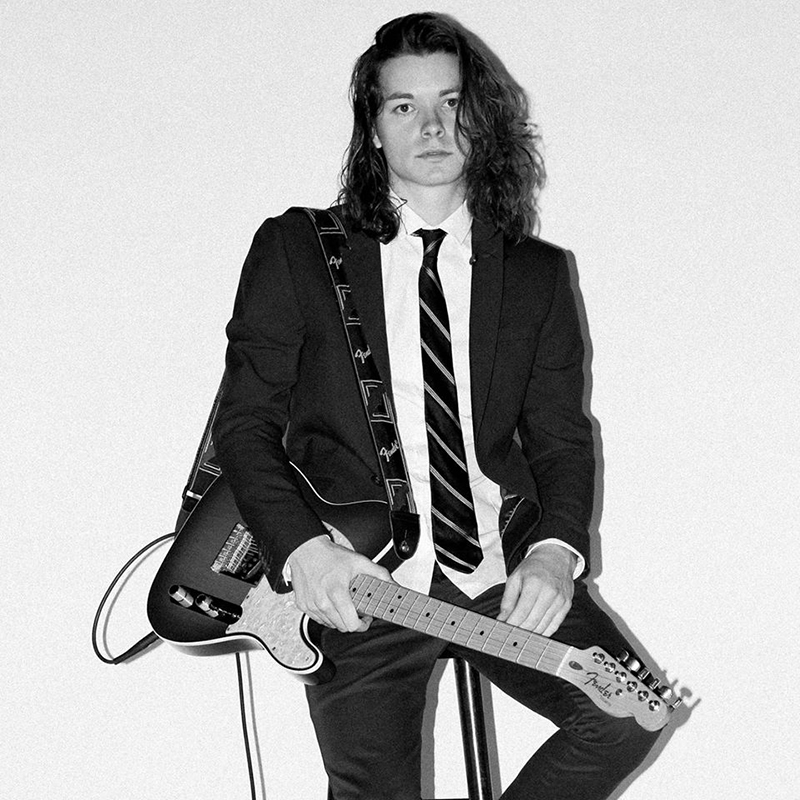 Tell Me That It's Hard on You, from the Fly Felix debut album "The Sun Will Wake You Up", tells it's story with an almost imperceptible level of sonic nuances. The ambient wash from the onset conjures up old remembrances, could it be the hum (?), the static of super 8 films or just the wash of fading memories in your brain? Fly Felix is the musical moniker of Austin (Texas) based singer songwriter Drew Tyler and his vocal wash here is lush and haunting. It is as if you can hear whispers or ghosts in the background. The song, brief but quietly moving like important memories can be.

Prior to recording the album in Los Angeles, Tyler holed himself up in a secluded cabin in Sedona, Arizona for 4 months to flush out and finish the songs intent on blending classic recording techniques with new, fresh ones.

The recording project of singer songwriter Drew Tyler, 'Fly Felix' began as a DJ alias during his formative years in Austin, Texas. The moniker later became a vehicle for the young musician to return to his roots and produce a self-deemed “Desert Rock” collection. The project resurrected with the release of debut single, 'Beautiful Animal' in the winter of 2018.
Fly Felix delivers a diverse blend of indie and alternative influence. To achieve an original sound, Tyler took a 4-month writing retreat at a secluded cabin in Sedona before moving to LA to record his first album. The band utilizes classic recording techniques to make music that will appeal to the modern ear, but also age gracefully as time passes.
American Robb at 3:26:00 PM
Share