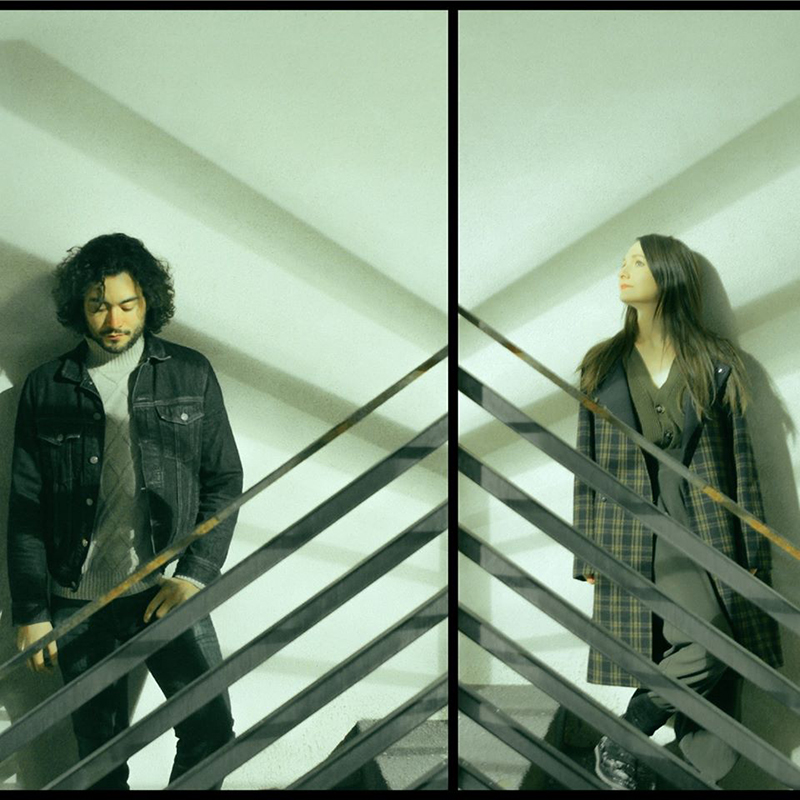 Tell Me You Get It by All Eyes starts off with a bass line that runs low and leaning like it is going to run off the rails, the edginess with unsettling organs swelling is offset by Alicia Christenson's vox. Her voice is gorgeous but with touches of pain like bruises covered with make up. The lead lines are haunting and feel almost 'off the page' too as played by Joe Christenson. You see, All Eyes are comprised of a husband and wife, wife and husband duo who took a hiatus away from music to start a family (back in 2012) but they are back and just released their album "Change" and Tell Me You Get It is track 3.

Press notes (below) indicate that the track is about "two people falling too deeply into escapism" and that "one wants to pull away and the other wants to sink deeper" and it is not hard to feel that sort of tension in the track. Alicia possesses a deeply engaging vox. She feels the words. The ebb and flow of the track is nuanced with an askew sensibility but also drenched in a sort of dance wave indie pop feel on the chorus all the while feeling mysterious in large part due to the big haunting guitar lines.

This is a song about two people falling too deeply into escapism . . . one wants to pull away, and the other wants to sink deeper. The song slowly builds, moving between tense minimalism and moments of release. It continually builds and grows, but never fully resolves. We hope you'll consider listening all the way through for the full experience.
About the band: All Eyes is wife + husband duo Alicia & Joe Christenson from Minneapolis, MN. After releasing "Shelf Life" in 2012 the couple put the band on hiatus to start a family. After revisiting some demos in 2017, they started thinking about finishing the songs and bringing the project back to life. Through a couple of fits and starts, they finally landed on the right combination of sounds to bring the songs to life, and released the album -- "Change" on February 11, 2020.
American Robb at 1:30:00 PM
Share