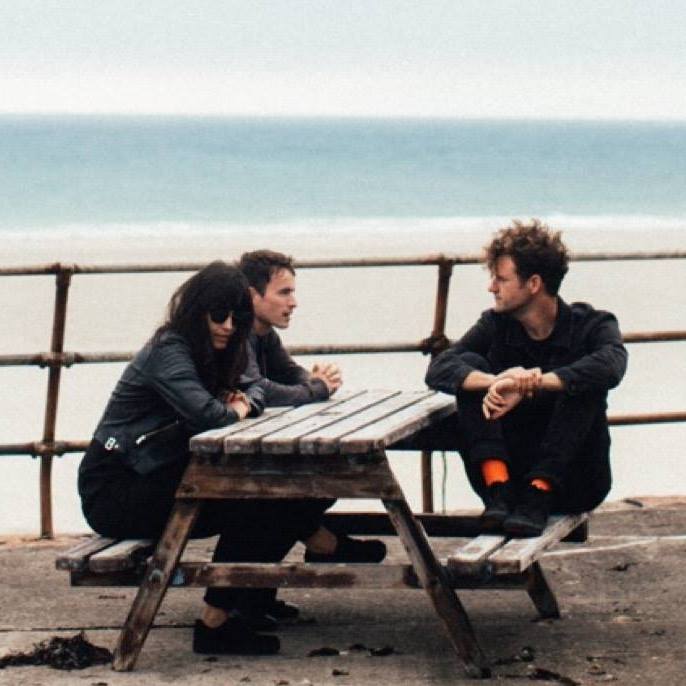 The Tarantulips hail from Jersey, not New Jersey but the "old" Jersey, that is, from St. Helier, Jersey an island in the English Channel (British Isles), which did bum me out a bit because it is more likely that I could see them live if they lived on the east coast. Nevertheless, I am stoked to have found them or them found me because their track Gush is one of the best I have heard in quite some time. They are a three piece band (Nic, Elisa and Jon) and their spartan sound is used to full effect. The tones from the onset is so up front that it feels tactile. Elisa's comely vocal performance is just that but more than that, the melody and harmony with Nic way in the back is post punk enticing. The almost meandering, "duh duh duh duh... duh" feels in some way like playful lust (or pre lust) and the thick bass lines that feel (maybe) semi chorded have such a great sound (I thought of Kim Deal a bit). Just a great sounding track that is much too short but that I never get tired of.

Side notes:
The Tarantulips are Nic Dinnie (vox and guitar) who co-formed the South African indie group Desmond and the Tutus. Joined by his friends Elisa Da Silva (vox and bass) and Jon Caws (drums).