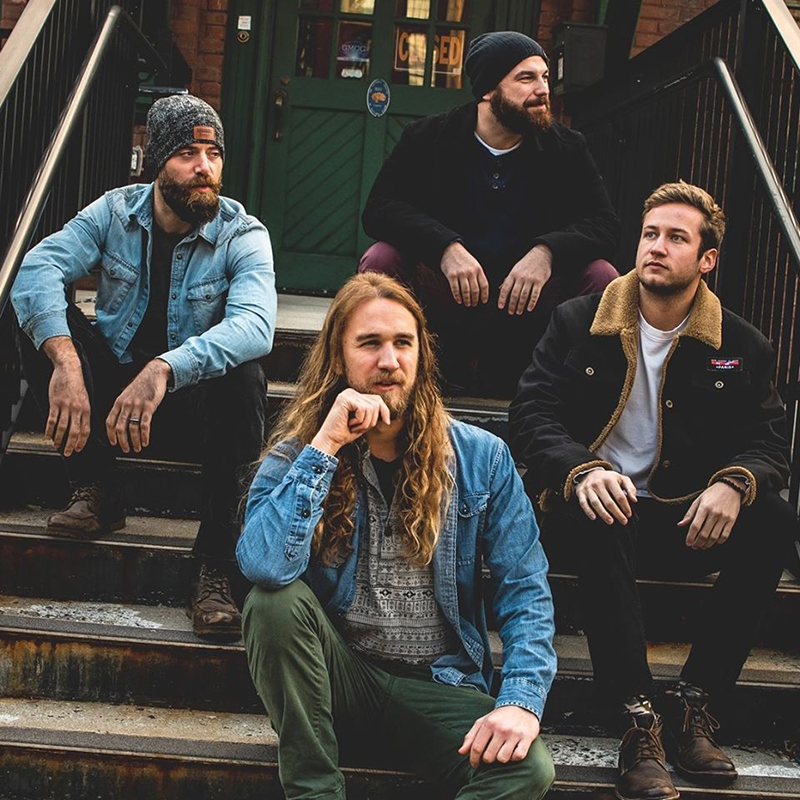 
Among the Acres is a quartet based out of Hartford, CT and their latest offering Lightning Strike strikes tender chords within it's roots based sound. If you were to catch a glimpse of their aesthetic you might think country and another glimpse might have a shade of blue grass, another more classic folk and some of the vibrant down beats might feel more like indie rock. You might feel big eruptions that make you think of Dr. Dog and jammy sounds with grooves that feel more like Tame Impala. This blending of genres with evocative vocals punches up Lightning Strike in cool ways allowing Among the Acres the ability to play blue grass, folk and indie rock festivals. Cool.

Among the Acres is a quartet based out of Hartford, CT that fuses an eclectic range of influences and styles into a sound marked by lush vocal harmonies, intricate guitar melodies, and an insatiable desire for groove.

Among the Acres” is a folk rock quartet based out of Hartford, CT that fuses an eclectic range of influences into a sound defined by cascading vocal harmonies, intricate string melodies, and an insatiable desire for “groove”. They deliver powerful live performances, marked by a dynamic spectrum of style, emotion, and sound.

Songwriters and founding members Michael Day and Sean Lemkey sowed the seeds of the project while recording their own solo material with a common producer, Patrick Giguere. The pair spent countless hours workshopping songs in various basements, sharing a passion for the detail and depth of musical composition. Soon thereafter, drummer and percussionist Erik Lindblad and bassist Greg Ganci came aboard, bringing with them a keen sense of feel and rhythmic musicality.

As the name might suggest, the band's songs seek to evoke an atmosphere reminiscent of the range of feelings experienced being in the great outdoors - the serenity, clarity, and simplicity, juxtaposed with the volatility, immensity, and mystery of nature. The writing strives to balance raw personal testimony with the universal human experience, interweaving heady themes with familiar and catchy melodic ideas. The wide scope of instrumentation helps to express these themes, which ranges from acoustic guitar, banjo, electric guitar, bass, and various percussion and drum arrangements.

“Among the Acres” can be found performing all over Connecticut and the greater New England area, playing everywhere from local breweries, to festivals, and of course seizing any opportunity to play outside! They have recently been interviewed and featured in the Hartford Courant and have a loyal local following.

Lightning Strike quickly became a band favorite at live performances and rehearsals, and seemed a natural choice for the kickoff single for our second full length album. This is due largely to the fact that we all connect so strongly to its message - when the shitty, dark, and unproductive thoughts & emotions start to overpower our headspace, we all need to remind ourselves that it's fleeting; that they'll pass as quickly as they arrive. We hope others can connect and resonate with that perspective as well.
American Robb at 11:13:00 AM
Share