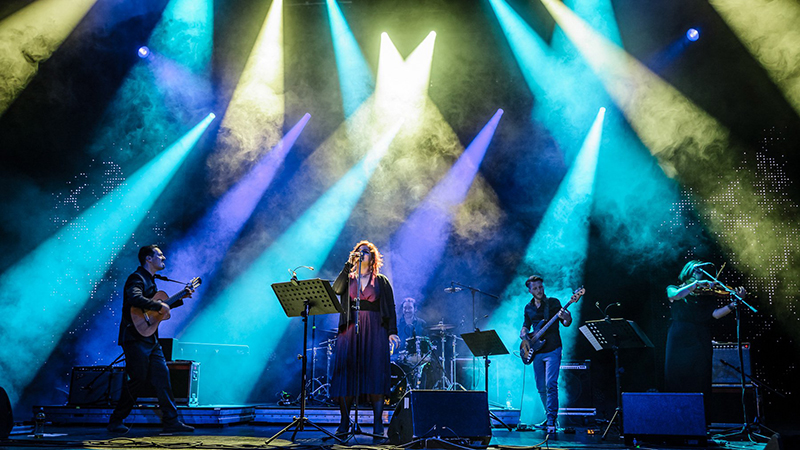 "we can never identify"

Boys and girls. You all know that words come easily to me. People that actually know me probably have thought more than once "please shut up". I like to engage people in conversations and I have a lot of opinions on things but, damn, if I am at a loss for words when writing about Corde Oblique (Italy) and their twisting and turning The Moon is a dry bone. This ensemble of amazing artists (the brain child of Riccardo Prencipe) have been creating these progressive art rock /folk orchestrations since 2005, put out 7 albums and call their sound FolkGaze.
I will say The Moon is a dry bone feels not only avant garde but also sort of horror chic like it would fit nicely within the framework of an Italian supernatural horror film in that Dario Argento style. It is powerful. It gets under your skin. It is edgy and anxious like a late night gasp when you hear a loud sound that might be an intruder.
Corde Oblique is Riccardo Prencipe (acoustic guitars, ebow) Edo Notarloberti (violin) Umberto Lepore (bass) Alessio Sica (drums) Rita Saviano (vocals).
Now, just listen.
-Robb Donker Curtius

The artistic project directed by M.tro Riccardo Prencipe, active since 2005, after 7 albums starts in change skin and proposes "FolkGaze" sound, a cross between Folk and Shoegaze. The original pieces proposed by the ensemble speak of the history of Italian art and of a "wild and talented" South.
Since 2005 the band released seven full-lenght albums with different labels, distributed in Europe and World.