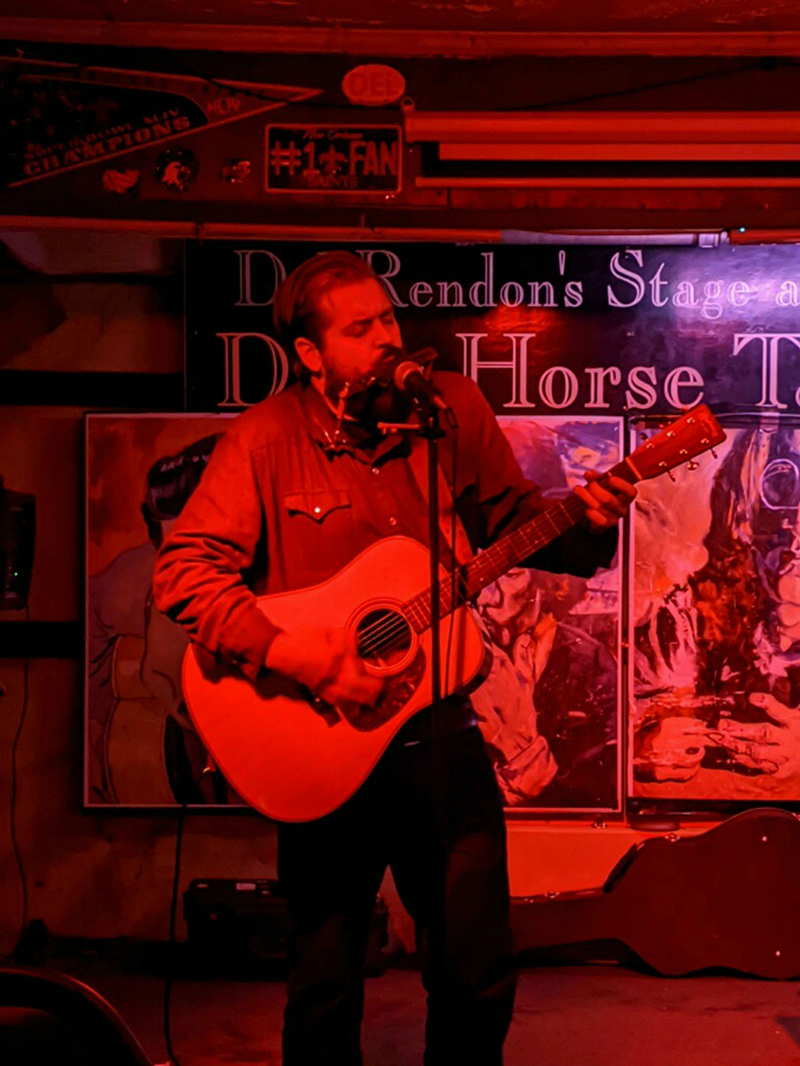 Jonivan Jones has a voice I would want to have just for one day. On that day I would step up to that bar or maybe even swagger and order my Bluemoon (with Orange Slice) and though it wouldn't be as cool as ordering a whiskey, I would revel in the deep gravelly road worn tones coming up from my throat and out of my mouth. That voice full of steely eyed grit and tinged with a muscular blue collar "get the fuck out of my way" sort of coolness feels just right within the framework of his song Wading Through Whiskey, one of the tracks from his upcoming (not yet titled) album this spring (2020). The spartan song fueled by simple acoustic strums, with building tones of percussive keys, lead licks that hang mid air but mostly that evocative voice feels like a cold, hard journey, emotionally or physically or both.


Jonivan Jones is a Singer/songwriter originally from the Central Arkansas area performing a music that is rooted heavily in Folk, Blues and some Psychedelic Rock a unique sound that has been often described as Roots Folk Rock. Local over the last few years to the South, the East coast, Hawaii, The Florida Panhandle and Southern California


Traveling around the Country playing random shows in random places, exploring this beautiful world and all it's feelings.
American Robb at 6:50:00 AM
Share