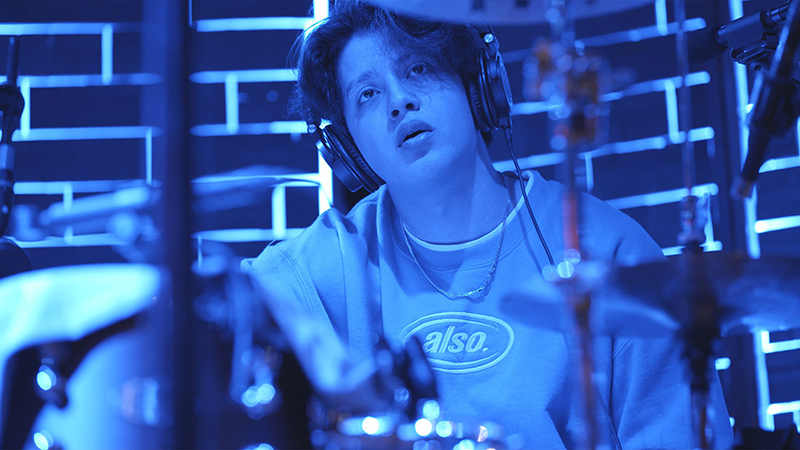 "hey girl, I'm so nervous, you're so fine make me shiver like crazy"

The following is only a theory (my own stupid theory):

Boy Pablo may be one of the many descendants of what I like to call the Mac DeMarco effect which is the spawning of hundreds of thousands of young singer-songwriters who were infected by Mac's second album, the wildly popular and immersive Salad Days (2014). A great album that sort of shifted peoples thinking of chill pop / tropical punk / psyche pop / lo-fi descriptors. That album forged in Mac Stuyvesant apartment in Brooklyn spawned a legion of artists, some very much kind of copy cats and some simply inspired and doing their own thing. The Mac DeMarco effect like all effects is a blessing and a curse and it is a worldwide infection. I say this with tongue in cheek but this was a good place to issue my mild rant and, don't get me wrong I really dig Mac DeMarco.

And actually, the nice thing about Boy Pablo who hails from Bergen, Norway and is of Norwegian-Chilean descent is that he doesn't sound a thing like Mac. He infused his sound with a more indie pop forward aesthetic. Listen to Hey Girl and, in fact, there is a more definite 80's tone that makes me think of classic indie pop bands like Haircut 100 or current bands like Real Estate. I am feeling a more tropical punk tone here too and the Casio-fied synths add a nice diversion from those minor 7th / flat 6th drenched vibes. Pablo's vocals sound super lush and his ability to write lovely lyrics and float them on catchy equally pretty melodies is always so good. The bendy, divergence of the musical break is cool (when he veers into dissonance it doesn't sound like it, it sounds like he has invented an alien note) and hell, this song makes you want to dance.

About
heartfelt indie-pop from a young norwegian-chileno
American Robb at 7:42:00 AM
Share