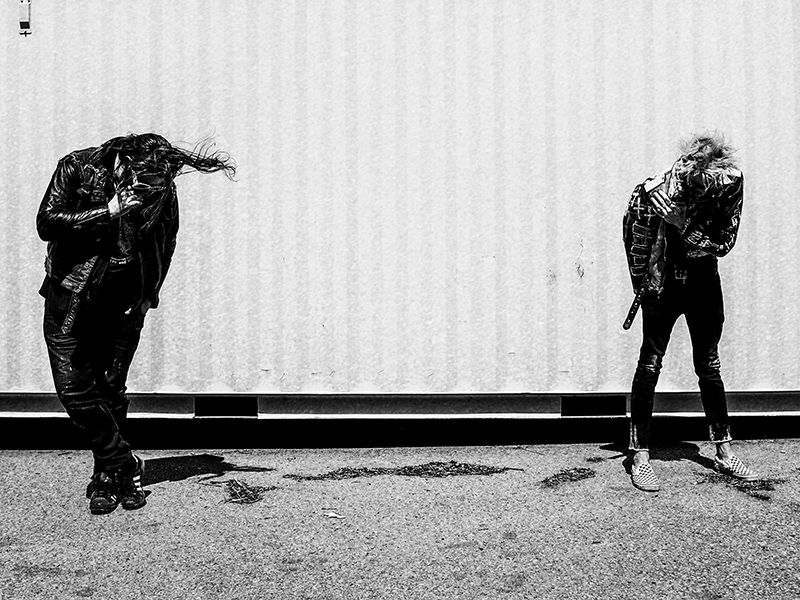 They say necessity is the mother of invention so maybe the desire to create something, the need to push your quarantined induced boredom off of a cliff and to it's ultimate bloody death is the illegitimate father of invention. Whatever you call it, something  nagged at the experimental punk outfit / duo that was (or would become?) Vangelism to run mics and guitar cables from a Toyota Matrix and a Nissan Murano thus being socially distanced and having their own make shift isolation booths to create something subversively cool and masterful. This did happen and, for that, I am thankful.

That is how Christian DJ was born, was written and recorded. Over 3 weeks in April 2020 at the heat of the shelter in due to Covid 19 these two chaos driven creatives parked those 2 cars in various parking lots, fields and dead ends in an effort to stay clear of the prying eyes of law enforcement. It is a high cry from their past lives that may seem like a dull blur but involved tons of music projects and playing in bands in places like Montreal, Nashville, Brooklyn, Toronto and Japan sharing stages with the likes of The Stranglers, DFA1979, Nashville Pussy, Electric Six and (as they say) Bon F*ckin Jovi. 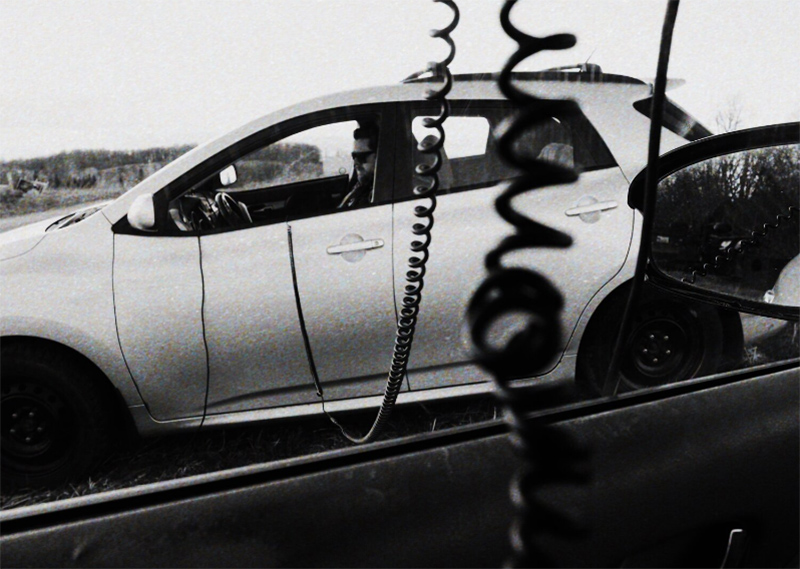 Christian DJ is a hybrid of a song, with the grunge punk guitars and spoken word proto punk vibe, it sort of feels like a weird chill version of crust punk and rock / hip hop smashed together. I dig the odd guitar breaks, dirty, dirty bass and those words:

I asked Vangelism if the song was autobiographical and Ryan offered:

"I started as a Christian DJ at a roller skating rink called Spinners when I was 14. Played the shit outta some DC Talk. My father was a Pentecostal minister. Grew up in church. Then I heard Nirvana."

The rest they say is.... Christian DJ.

2 punks and a boombox. And by punks we mean 90’s kids and by boombox we mean discman. Nomadic tune slingers planting their feet for various periods in places like Montreal, Nashville, Brooklyn, Toronto and Japan, all in search of jeans that fit just right. Plying their trade in a multitude of projects, some good, some bad, all worth it if the end result is getting here. Plowing through stages on 3 continents warming up beer drinkers for headliners as diverse as The Stranglers, DFA1979, Nashville Pussy, Electric Six and Bon F*ckin Jovi, these 2 90’s grunge rejects learned a thing or 2 about throwing down when the time comes. Just ask Toby Keith. Vangelism came out of isolations womb, fully formed from behind the steering wheel of 2 used cars parked 6ft away. Why wait for things to return to normal to get started ? Normal never waited for them.