Someone Who Isn’t Me (aka S.W.I.M.) and the synthwave, proto punk stained "Dance With You" (Official Video) 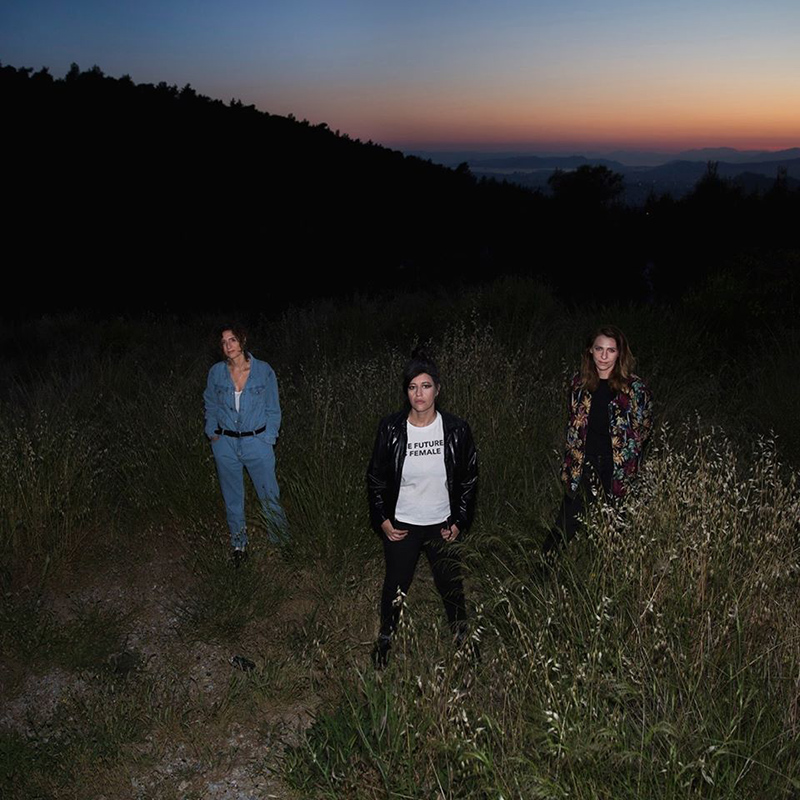 "don't you forgive me when you really like me"

Someone Who Isn’t Me (aka S.W.I.M.) is a new music project by three women from Athens, Greece, Loo, Maria & Gina and the video for their latest track Dance With You mines the world of the 1969 Sydney Pollack film "They Shoot Horses, Don't They", a sort of noir drama about desperate people trying to win a depression era dance marathon. S.W.I.M infuses the track with dark synth lines, hand clap effects, and a wonderfully art askew vocal performance. The heaviness of the track is wonderfully 80's new wave-esque and the self aware vox, spins in a art punk / proto punk way. The whole affair feels wide eyed with a cool dangerous vibe. An appropriate dark landscape for S.W.I.M as the house band at the dance-a-thon.

Someone Who Isn’t Me (aka S.W.I.M.) is a new music project by three women in Athens, Loo, Maria & Gina.

In 2017, they played their first live gig at the Winter Plissken Festival in Athens, before heading to Austin as a showcase artist at SXSW. Their second 7-inch single "Gomenaki" was released in May 2018, by Amour Records. The music video directed by Alkis Papastathopoulos and produced by Haos Film had more than 100K views in just one month. The song and the video were acclaimed by the press, Greek radio stations and fans as the ultimate indie hit of the summer. It won the 2019 Sound Award for best music video at the Indie Memphis Film Festival. Their debut album "Dance With You" has been released on February 9 by Amour Records. In May 2019 they released their new music video for "Pinku" directed by Alkistis Terzi. Also they won the best music award at the Mad about Arts by Campari Awards. In August they will perform live at the Berlin based music festival Pop Kultur. In October they released a cover version of the Pet Shop Boys' "Love Etc." song on Martin Hossbach Cover.
American Robb at 9:52:00 AM
Share