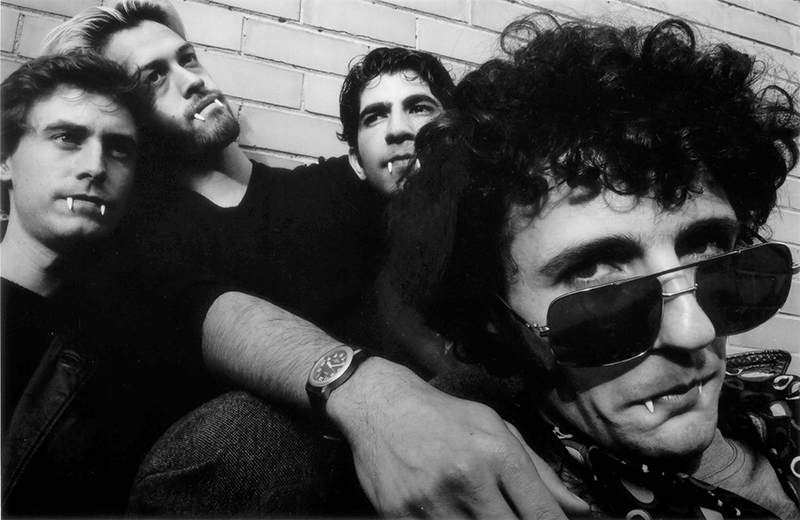 Ang Fang Stomp is a short descent into measured madness but in a truly artistic way. Composed and performed by the Ang Fang Quartet, an Australian ensemble formed specifically to compose a score for "Faust", a 1926 silent film by German expressionist FW Murnau. The story is that Melbourne Cinematheque commissioned Paul Gillett who than assembled the quartet. Oh, and lest I forget, they were commissioned to perform the score live as the vintage movie screening on June 9th, 1999 at the Treasury Theatre in Melbourne. Yes, this happened long ago and the quartet was technically formed in 1998, 22 years ago.

I don't normally post up about composed instrumental pieces over 20 years old but, then, American Pancake isn't about keeping rigid rules either and as I listen to the song with it's eerie march of misfits feel, the clock like percussion, and helter skelter-esque craziness it made me think of a car crash of Frank Zappa, The Roto Rooter Good Time Christmas Band, Herbert Stothart and Primus. Besides, this short evocative piece would be awesome on any playlist but I envision it right between Radiohead's Motion Picture Soundtrack and Fiona Apple's Regret.

The Ang Fang Quartet was founded in 1998 in Melbourne, Australia as an ensemble of musicians devoted to the composition and live performance of music for silent film.

In late 1999 the Quartet released its debut recording Faust, comprising highlights of the score composed for that film.

In 2001 the band premiered its score to ‘Nosferatu’ (1921), another film by Murnau, considered by many to be the first and best vampire film ever made. It is famous for its darkly gothic photography, make-up and set design, and stands at the creative apex of German cinema’s expressionist movement.

In June 2002 the Quartet released its second album Nosferatu, also a soundtrack album. Like Faust, Nosferatu was recorded live in the studio, without overdubs. Nosferatu was received well by the press and has received regular airplay on ABC RN (The Planet, Sound Quality), ABC Classic FM RRR, PBS. The album also received praise from avant garde composer John Zorn.

In September 2002 the band was joined by electronic music specialist Pierre Proske to premiere a new score for the Chaplin feature 'The Gold Rush', at a screening in Melbourne’s Capitol Theatre as part of the Melbourne Fringe Festival.

In February 2003 the Quartet was commissioned by the Australian Centre for the Moving Image to compose and perform a score to the 1920 Australian bushranger classic 'Robbery Under Arms'.