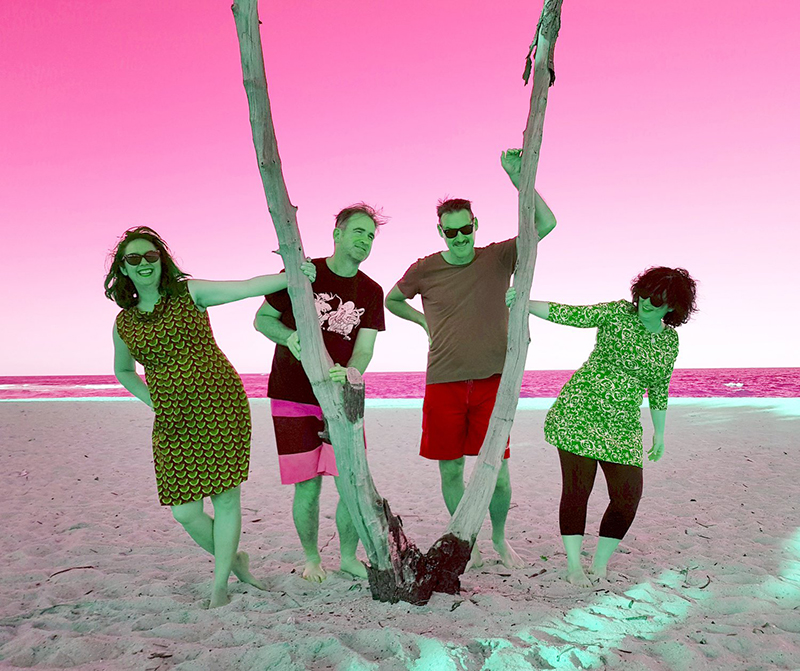 “Not What You Said” by The Double Happiness exudes their surfgaze style with ease. The Brisbane group has garnered well deserved attention in Australia with their nautical reverb and tight sound, and this most recent album release “Surfgazing” is sure to topple over to ears all over the world. This track is the last on the album, capping a wild wave of what they’ve rightfully classified as surfgaze. Dick Dale would have dug The Double Happiness and their strong musical ability, and we’re doubly happy to have them on the radar. Check out their new LP “Surfgazing” and get drenched in the hazy sunsoaked sound.

4000 Records · The Double Happiness - Not What You Said


The Double Happiness ride high on the waves of their self-coined "surfgaze" sound - a compelling mix of surf, post-punk and shoegaze. The group consists of two couples who create sonic ear-worms about beaches, ping pong, cities, existentialism, miscommunication, oysters and more.

The band wears an eclectic variety of musical influences on their paisley sleeves. Their songs pay homage to the genres that raised them but maintain a tangible connection to the timeless jangly guitar sounds of their home-town of Brisbane.

In 2019 their beloved ode to Brisbane, 'No Place Like Nundah’, hit number fifteen in 4ZZZ’s Hot 100 and remains a singalong crowd favourite.

The quaret packed out The Outpost in early 2020 with the launch for the first single from their eagerly anticipated debut album ‘Surfgazing’. While 'Wild Bikini' is a high-energy beach romp, the second single, 'Coochiemudlo', released in June, is a laid back surf lullaby to the small island off the South-East coast.

The third single, 'Oysters Can Dream', washed up on shore amidst the first birthday celebrations for 4000 Records in October. The dream-inspired tune plunges into the salty depths of an oyster’s subconscious. If oysters dream, this is what it sounds like!

The Double Happiness’ live show is a joyous fusion of frenetic guitars, rumbling toms and pummelling bass. With vocal interplay that transports you to that euphoric place beyond the land of the spooky tiki and leaves you wondering “Who am I? Who are you? Who are we?” and why is there so much sand in my thong(s)?