Jacklen Ro and the burning beautiful fuse of "Time Bomb" 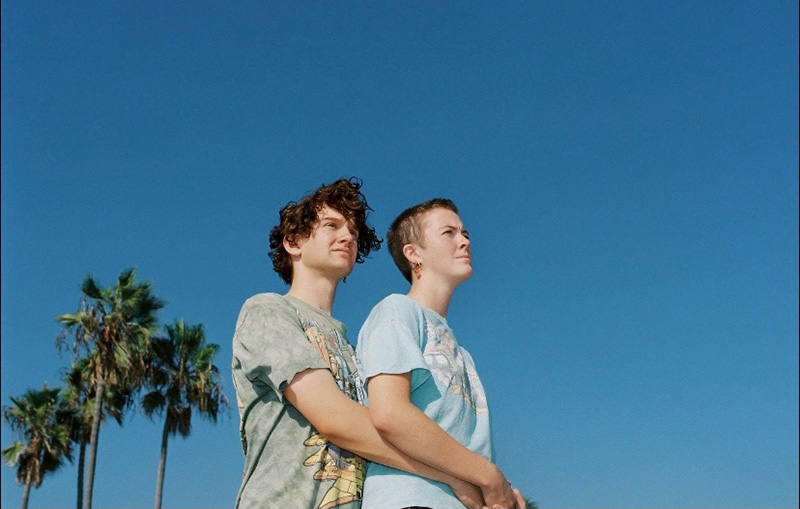 Every single time I hear a Jacklen Ro song I feel deeply happy and inspired. Maybe it is their beautiful harmonies that seem to embrace each other, maybe it is the good heartned nature that blossoms out of their overall sound, maybe it is the smart, endearing, sometime acerbic lyrics that always touch you. They're kinda' like the most endearing parts of The Everly Brothers (or not), or Sonny and Cher (or not) or John Doe and Exene Cervenka (or not).
Jacken Ro's, aka Jackie Giroux and Caelen Perkins, latest "Time Bomb" via Lolipop Records and ahead of their debut album scheduled later this year is one of those songs that feels like an instant classic. It is a song that Rivers Cuomo wishes he would of written. It has a deeply sweet quality in that sort of "song at the end of The Wedding Singer" without the over the top hokum. It, in fact, feels like a song that would be played at weddings even though it is a song that portends the end of a relationship, a relationship that is destined to fail, a time bomb (get it).
Then again sometimes those kind of imperceptible flawed relationships can last until old age. Of the song Jacklen Ro share:
"'Time Bomb' is a song about a self destructive relationship that just feels so good. It is knowing that the fiery passion you have with someone is going to end, but not dwelling on that and enjoying it while you got it. It’s about accepting your own flaws and the flaws in others and just riding it all out."
This is a great song, the production is simple but perfect. "Time Bomb" is a song that sings, that shines because of the beautiful melodies and complex lyrics that don't sound complex. Love is always complex. Oh, I have included a LIVE video of Jackie and Caelen performing the song soon after writing it BUT listen to the studio version first.
-Robb Donker Curtius