Stunts and the electro-grunge / alt punk heaviness of "Disappointed" 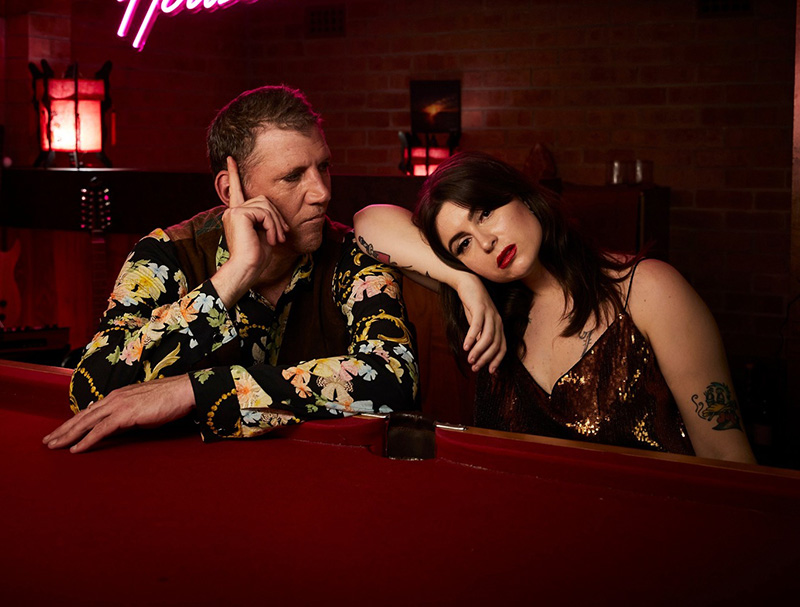 I have an affinity for two piece bands, especially ones that rock hard. I also love musical outfits that blend male / female voices. I always loved L.A.'s iconic X for that reason. In some ways the electro-grunge Wollongong, Australian duo "Stunts", in fact, have a sonic vocal countenance that made me think of X as I listened to their urgent track "Disappointed". Matty and Racey sound nothing like John Doe and Exene Cervenka but they have the same kind of artistic punk snarl. Stunts sound does, after all, have 80's edges. I also feel a patina of baroque pop and power pop / new wave within their sideways heaviness as well.

If you consider "Disappointed" as a punk song it is definitely a politico one as press notey stuff indicate:

"What started as a protest song about the ending of a show about dragons and the election of an alt-right Prime Minister, became a song about entitlement and how the amazing things life gives, are never quite as good as imagined. Musically it’s a marriage of snarly guitars, live and programmed drums, bubbling synths with a Peter Hook-esque bassline thrown in for good measure."
-Robb Donker Curtius


What do you get when you throw a 40 something sensitive singer songwriter and a millennial single mum into a studio to record an album of dark, Electrogrunge* duets with ARIA award winning producer Matt Fell? The answer it seems is the eclectic debut album Housework from Wollongong odd couple stunts.

Forged deep in the bowels of a pandemic, the album features stunts’ co-lead vocalists Matty and Racey tell stories of longing, heartbreak and disappointment from opposing perspectives drawing on influences as diverse as Joy Division, Kate Bush, Nick Cave and The Pixies. An unholy marriage of the sounds of the 80s and 90s, with additional impact drums from Pacey Stunts.